this year comes to end, so here is one of my last projects on which I work for long time.
I was try to colect informations about this Kukishinden practice sword and make replica for all who may be interested to have original Kukishinden Ryu bokuto as some kind of conection with old days and this specific Ryuha.

Bokken was made from heavy euroean oak and is traditionaly oiled. 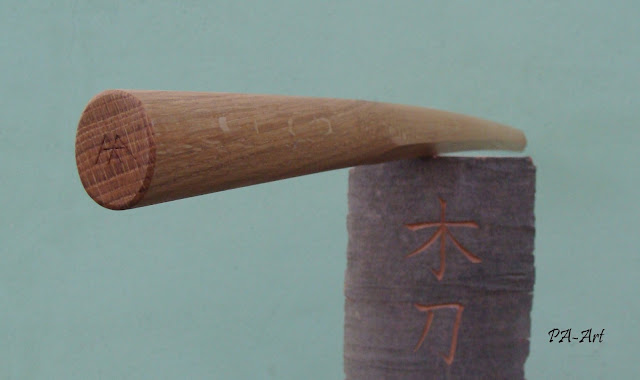 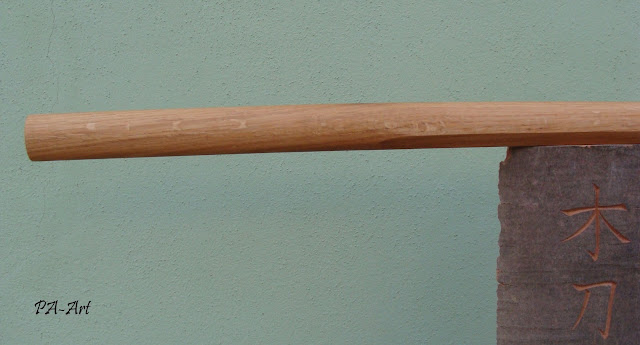 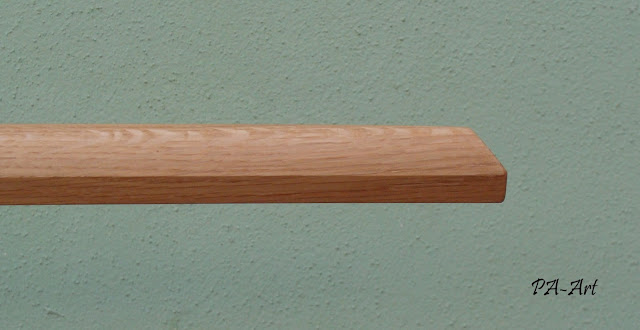 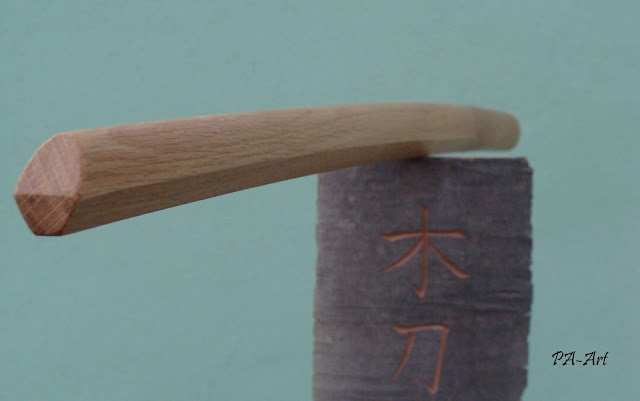 Dear follower of the Kumablog,
I take this opportunity to wish you all, all the best for the Holiday season. Whether you are a believer or not, this moment of the year is unique for a majority of humans. In Japan, it is a big thing, even though they are not following the same religious beliefs.
I don’t know for you, but in 2018, the year of the earth dog, has seen quite a lot of changes, some good, and others not too much. But that is what life is about.
On the Budō side, the year of the earth dog was about Mutō Dori and control, we learned a lot. This is ending soon and a new year of study with the earth pig is beginning in a few weeks. I see it as a lucky sign for me, as I am an earth pig myself. I wish the best for you and your family. (1)
It was Christmas yesterday. I thought I could share a few ideas around the word “Christmas” seen from a Japanese perspective. It might also help you pave your Budō path for next year.
Depending on the kanji, “kurisumasu” means “Reveal the true self.” And “Dive deeper in emptiness.”
How does the sound “Christmas” which is “クリスマス,” “Kurisumasu” in Japanese, can have those two meanings? Easy!
For a Japanese “Kurisumasu” is also “Kuri + Sumasu.” (2) (3)
We can translate into “Listen to your nuts!” Which I understand as “meet your inner self.” So a new year resolution for 2019 could be “Be more open and don’t only rely on the shell you have built all these years.”
When you read it as “Kū + risu + masu.” It becomes “the growing fracture of emptiness.” (4) (5) (6)
Since we are in Mutō Dori we study the concept of “Zero,” and we keep progressing towards the centre of the centre. It reminds us of the Gyokko Ryū concept of “Kūki no Naka ni no Kūkan.” Or to “find the emptiness in the middle of the empty space.” (7)
In his book (8) (9) Sensei writes that the Gyokko Ryū is the origin of Japanese Budō. It makes sense. So prepare yourself and make 2019, a year of profound transformation and introspection.
In 2019, listen to your nuts! And come back to the training after your holiday break.
Happy Holiday to all!
______________________________________________

Advanced Bujinkan training is a mysterious path. It’s not often that Hatsumi Sensei reveals what he himself is studying, or even that he tells us directly what to study. So when he does, we should listen.

In a recent Friday night class at the Bujinkan Honbu Dojo, Soke told us we were continuing to study 真剣白刃捕 shinken shiraha dori. This is catching a live blade. He demonstrated this against various swords, knives, and even the rokushakubo.

But what happened next was a surprise to all of us. Nagase-san stabbed at Hatsumi Sensei with a knife. Without touching him, Soke waved his hand through the air and the knife fell to the floor. Nagase next lost his balance, stumbled, and dropped one hand to the mat to catch himself.

Soke told us, “全体くる意気 zentai kuru iki,” or, that we should take his whole spirit like this. Easy for him to say! But how do we begin to understand this type of training?

From the outside it appears fake. I completely understand someone who watches this thinking that it would never happen to them if they stabbed. But from my own experience, when you attack Soke, he takes away your will along with your weapon.

Hatsumi Sensei knows how critical this is. He told us,

“This moment is important. Because in just one moment you die. It’s kukan. It’s 自然力 shizenryoku."

Shizenryoku is the power of nature itself. What force of nature can we use? What can we draw on inside the dojo or out?

We have the empty space, the 空気 kūki, the mood in the moment, or just the air itself. Hatsumi Sensei uses that in every movement. And the results are always surprising. I wrote before about how to fill that empty space with 空き Aki

After I watched Nagase-san get disarmed without being touched, I assumed this was a one time thing. I felt lucky to witness it. But Hatsumi Sensei did it again in the Sunday class!

He once told us teachers not to teach, and I think he follows that rule himself. But he is working on his own training in every class. So when he told us what to study I was listening closely,

“Wrap him up in the 空気 kūki. That’s everyone’s study from now on. That’s good enough right there. 全体まあね空間でら Zentai mā ne kūkan de ra. The whole has to be in the space. Practice that.”

I think that should give me a lot of homework when I get home to my own dojo. I expect to surprise my students with this. And my own surprise will be in the discovery. I will do my best to follow Hatsumi Sensei’s example.

No more strength, no more technique, only control! That is how I can summarize the many classes I had the chance to do here at the Honbu.
I began to study this “control” in March, then again in July, and then now, I know what Sensei is doing. At the same time, I cannot do it.

To reach this “non-movement” requires many more years of practice. Control as we saw, is something natural that your body does when it is ready. This is not something you decide to do. Each time you want to do it, you are limited by parasitical movements. Small mistakes, impeach you from doing what you should do.

When you enclose the bee in your hands, it stays in darkness but has space to walk. The bee doesn’t understand what is happening. At the same time, it doesn’t feel any threat and thus, does not sting you.

Uke is trapped in a somewhat comfortable state. There is no pain, no hit. Sensei controls him with one or two fingers but doesn’t show any intention of finishing him. Uke is stuck in his thinking process and tries to escape to find a better angle of attack. This is pure survival and denotes a drastic change of attitude from the opponent. The initial “attacking mode,” disappear when Sensei wraps Uke’s attacks softly. Then Uke has to reconsider his options.

That is when he moves into survival mode. Now, his first priority is to save his integrity. He has no more willing to destroy Uke.

Survival is “seizon,” (2) and it is about existing, not about fighting. Sensei keeps saying “Tatakai wa Janai”, “there is no fight.” (3) It is what he means when he says that we have to control Uke as a whole, the same way you would, a bee in your hands. We have to wrap Uke so that he is only trying to survive. Then, no fight is happening.

Last March I didn’t get the “Tatakai wa Janai” right. “There is no fight” doesn’t mean, that there is no combat. It means that the attacker is not in a position (body and mind) to attack. Like the bee trapped in the hands.

The willingness to attack is there, but the possibility is not offered to the opponent. We do not stop fighting, we prevent Uke from attacking. If he were not wrapped by Tori’s movement, he would attack. But as there are no more strength and no more technique, there is no fight possible.

This is the exact philosophy of Sensei’s ninpō. The Bujinkan is not about warfare, it is about controlling without violence. Because we are who we are, there is no possibility of a fight.

My friend, Jack Hoban, studied under Dr. Robert Humphrey. Dr. Humphrey wrote the “warrior’s creed,” and you can read it on his t-shirt, each time jack is around.

“Wherever I walk, everyone is a little bit safer because I am there.

Wherever I am, anyone in need has a friend.

Whenever I return home, everyone is happy I am there.” (4)

Jack did many lectures about the creed. Check the link below. It will interest you and help you understand what we study at the Honbu. (5)
Like in “Amo isshun no tamamushi,” Hatsumi sensei teaches to control the world around us with peace. Our goal is to make it impossible for something terrible to happen.

Today is my last class for this trip. And I will train with Shiva at Nagato sensei’s training.

It is time to summarize the central aspects of the training I did in the last two weeks. The key element this year is “control in the Mutō Dori.”

This control requires no strength, no force at all. This is the familiar “Chikara Janai” used by Sensei in class. (1) Beyond this lack of physical strength exists another type of force: Jitsuryoku. (2) The more you train, the less power you use, and this is the consequence of increased skills and abilities.

Sōke said that “there are no forms, only control” and that we should “move after, not before the attack.” When you have gained this type of competency, your body reacts naturally, with no muscular force. This is the “true strength,” one that doesn’t require muscle.

What we learn in the Bujinkan is way above our physical senses, this is the mysterious world of Yūgen (the theme of 2004). (3) The (yet) non manifested movements lying in the Ether, and that we express with our body and mind.

This expression is Inochi, the life force. (4) Inochi also means “destiny.” I understand that as a way to better ourselves. The techniques that we train are only an excuse to find this truth within us. This is our fate.

Friday night, Sensei said this is identical to the godan test. The Sakki feeling is of the same nature as Yūgen. (5) But this ability to feel the sakki is in us since we are born. This is not something we learn. But something we make available again through hard training.

If we fail to walk this path and use the life force in nature, we limit our possibilities and enter the Yūgen. (6) That is a limited world where elegant simplicity and control can exist.