Here is one of possible version of Naeshi for pracice,
made from beech wood, length is 40 cm.
Naeshi  usual is truncheon (metal bar) similar Jutte but without Kagi(hook), in few shapes and this is one of them.
To some Naeshi is 25-30 cm long and 1-2 cm thick in diameter, it could be made from iron, bras or wood.
The cross section could be round, square with cut edges, hexagonal or octagonal.
Naeshi may have a Tenukihimo(cord) with Fusa(tassel) attached on round or heart-shaped ring to keep weapon secure. Sometimes Naeshi refers to any wooden stick shorter than three shaku(90 cm), also known as Nayashi. 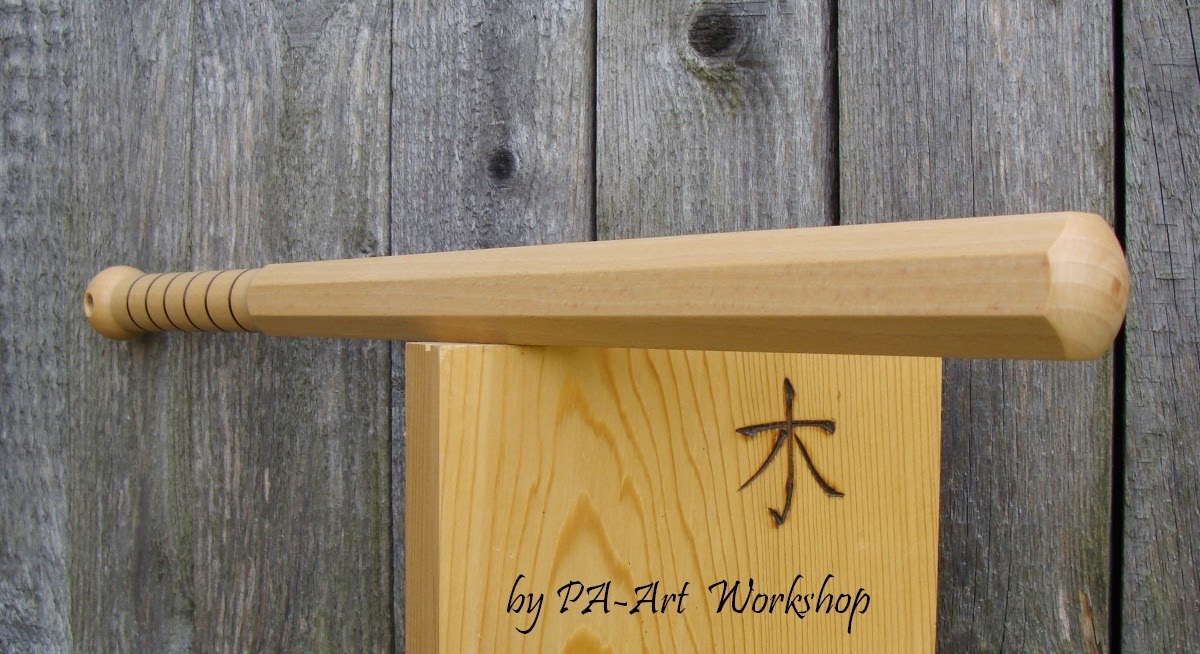 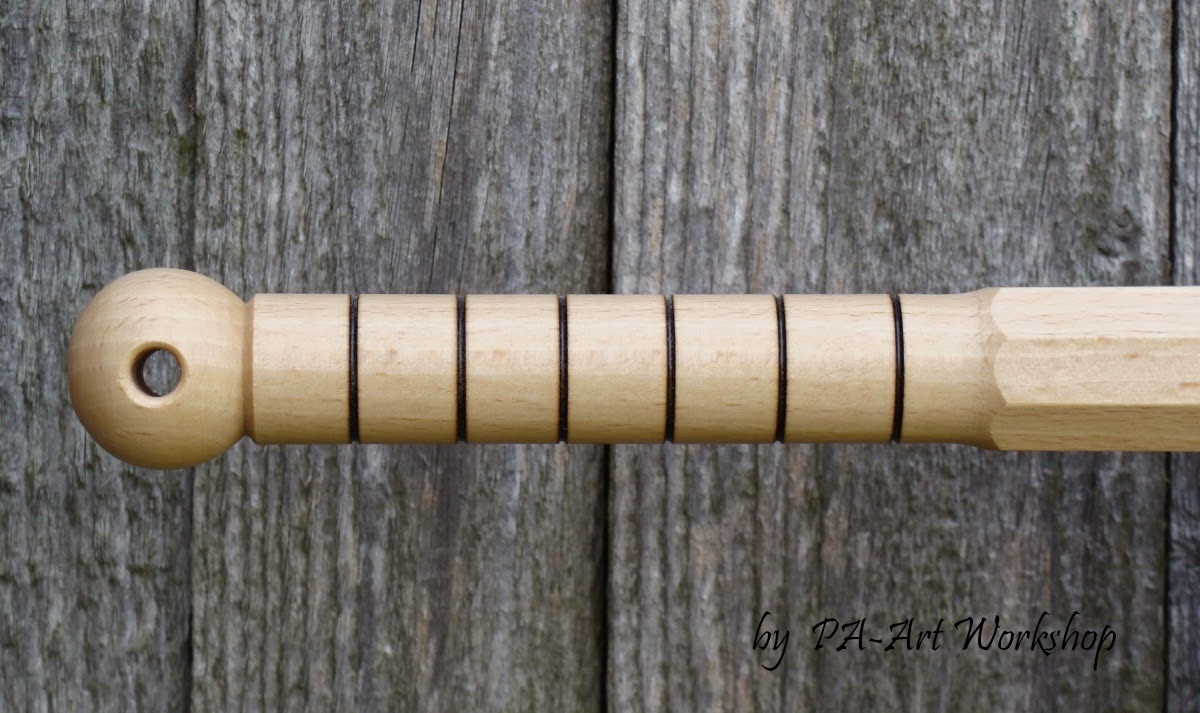 Here is few  photos of O-Dachi bokken, that was made in March 2013,
still work on saya toool for this kind bokkens.
Length of blade is 130 cm, and length of tsuka is 50 cm with 114 hishigami under itomaki

Since 8 am Pacific Standard Time, my eBook “the Spirit of Movement” is offered with a 90% Off price.
This special offer is valid for another few hours only.
Get it now!
Merry Christmas!

In the Bujinkan every practitioner knows about Shizen no Kamae,  but very few really understand what it means. Common dôjô knowledge tells you that this is a “natural posture”.
But it is more than that, because being “natural” is the hardest thing to achieve on earth.
The Chinese language is more explicit. In Chinese,  Shizen is Tsujan. Shizen is 自然 which is made of 自, originaly nose, indicating “oneself”; and of 然, now meaning “thus”, but anciently meaning “to burn”.
Chozanshi* explains that “By extension it has come to mean “nature”, something existing on its own, having nothing to do with the mind or hand of man. “(It) is done without command, and always spontaneously.”
Spontaneity is the goal of the martial arts, and this is what Hatsumi sensei wants us to achieve. Chozanshi adds “Again, to move with spontaneity, the martial artist must let his chi flow by clearing all choices and premeditation from his mind. Doing so, he will act naturally and appropriately to the circumstances at hand.”
Being “natural” therefore isn’t an easy task to achieve. And still to “act naturally and appropriately” becomes possible only once the basics have been ingrained.
Being natural is close to the buddhist state of Shinnyō (真如), the ultimate nature of all things (तथता tathatā in Sanskrit). Sensei refers to it when speaking of “chō-kankaku”, or infinite consciousness**.
When you become one with nature, you are nature.
Your awareness, your consciousness, moves you, not your mind.
Merry Christmas to all!
____________________
* In “The demon’s sermon on the martial arts”, ISBN9784770030184, Kodansha
** In “Advanced stick fighting”, p38, Kodansha
More on Shizen

I wish you all a Happy Holiday season.