Kihon Happou. by Soke Hatsumi Masaaki. I have trained myself and instructed others in Kihon Happo and felt that those who have had previous training in Karate, Judo, Aikido, Kung Fu, and other fighting techniques tend to stay with those ... 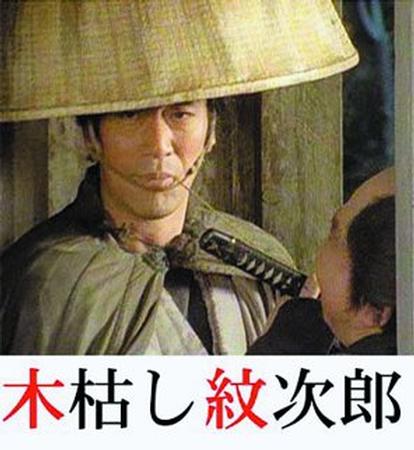 This time of year is often spent helping, giving or thinking of others.  There are many people who misinterpret the life of a ninja as one of a solitary, dark and shadowy existence.  A lone wolf sneaking in and out of other's lives to accomplish some mission.

Sensei suggests to us that this is not a healthy view.  He says that it is an ideal to have others depend on you.  People think they are too busy to help others, but if you decide to ignore everyone else, trusting only yourself, you will soon become one of the busiest of all men.  He continues,


To give a helping hand to poor people and to want to save them is the humanity of Japanese, and of a warrior's heart.

Hatsumi mentions the character Kogarashi Monjiro from the novel and 1970's TV series set in the Edo period, originally written by Saho Sasazawa. Acted by famous samurai actor Atsuo Nokamura.  Monjiro lived the wandering life of a gambler.  He had a nihilistic attitude and sought to eliminate and avoid involvement with others as much as possible.

The main character is said to have been born in a poor farming family in a village called Mikazuki (half-moon), Nittagori Country in Gunma Prefecture. When Monjiro turned 10, his family left their native soil and was separated. Why the lonesome Monjiro started to live as a homeless wanderer is unknown.
Monjiro’s typical posture includes a wooden toothpick between his teeth, and his nickname “Kogarashi” (the sound of a cold wind wailing) comes from the sound he makes when he breathes with the toothpick. He is a guy who knows no love for people, but cannot overlook evil deeds.
Soke says,


"It doesn't concern me," is a famous Monjiro quote that best represents today's irresponsible times.  In reality, Monjiro never left without helping somebody.  While he says, "It doesn't concern me," he still becomes involved and fights the villain.  This is what is so very charming about the Monjiro character.  He gives justice to people's morality.

Hatsumi Sensei continues with this advice,


You might be living in a nihilistic manner with a callous attitude but I would prefer you have the Japanese spirit deep in your heart.  Compassionate people make others feel gracious and trustworthy

So please get into this wonderful ninja holiday spirit!  But I don't suggest wearing your red, fur lined ninja/Santa Claus suit out in public...

There is a common saying that a little knowledge is a dangerous thing.  We see this all the time in training.  People begin to grow in their skill with taijutsu and two things often occur:

This blind spot is very dangerous, because by their nature the person that is full of "knowledge" is unaware that they are ignorant.  And sometimes they convince others that they know something or have "secrets".

Hatsumi Sensei talks about this knowledge as if it is a burden.  A weight that should be shed.  Soke said that people want to possess the densho or secret scrolls.  But that when people learn the secrets they were searching for, they become too tense to move freely.  They are burdened with the knowledge and trying to use it correctly.


I am sure it is a great mistake always to know enough to go in when it rains. One may keep snug and dry by such knowledge, but one misses a world of loveliness.  - Shakespeare

Sensei likened this to kareteka who used to train with iron geta.  This is a similar principle to the modern fitness training with ankle weights.  At first they are heavy, but eventually the wearer gets used to them and doesn't even notice the burden.  But how freeing and light it will feel to remove them entirely!

I am amazed at people who attend classes or train at a seminar yet miss everything being taught because they are full of knowledge already.  Their consciousness is heavy with what they know.  Leaving no room for anything new.

A great example for us is the theme for 2011.  How many people think they know kihon happo?  There are teachers already teaching this theme or planning their seminars for 2011.
Alexander Pope shared this idea:


That a little knowledge is apt to puff up, and make men giddy, but a greater share of it will set them right, and bring them to low and humble thoughts of themselves.

I watched Hatsumi Sensei write the scroll with this theme for my teacher on November 23.  He said it was the first time he had written the theme for next year.  But the kanji were not the "normal" way kihon happo is written.  This signifies Sensei's intention to take a fresh approach to the kihon.  Or, at least, to get us to drop our preconceptions and learn it anew.

So what effort in learning can you make?  Sensei suggests:


From nothing (not thinking), something (an action) comes forth, and the person who masters this idea is the one who can comprehend the secret teachings.  This understanding in your heart is more important than the techniques.  The mind of "munen muso" (no thought, no mind) in the heart is the real secret teaching rather than the waza.