The once gleaming palaces for kings and queens now lay in rubble where only foxes play and birds sing in the trees that grow in the ruins.  The Kings and queens, for all their court affairs, have vanished. Evaporated into the air with distance and time. If you can correctly understand distance and time, your life can become easy and joyous like the foxes and birds. 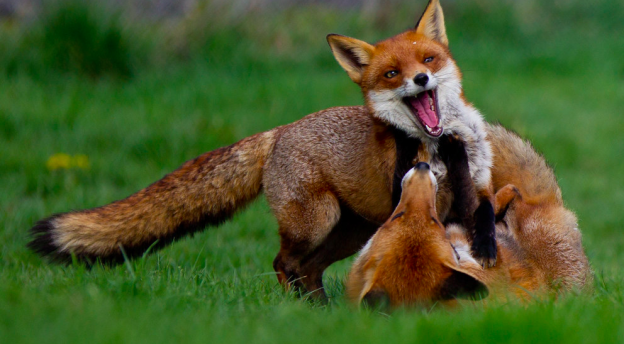 My teacher often called his art the martial arts of distance and time.  Ma Ai. It is written with the characters, space/gap 間, and the character 会, meaning to come together or meet. It conveys the space between two objects, and the timing involved in an interaction or aligning of the two.

The distance between two objects or opponents, although often quantified with measurements, can also be vague and elusive.

Just as the passage of time can feel different depending upon the situation, time flies when you’re having fun.Time can also drag when things aren’t so happy. As a child, one hour of math class seemed an eternity.  But the hour for play seemed over before it started.

Now as a father every day passes in the blink of an eye and I wish it would slow down like those lazy childhood days.  Some people report a sensation of the slowing of time when in dangerous situations or accidents, as if they were in slow motion. (myself included)

Distance starts with knowing where you are in space. Take the surface of a ball, like a basketball, and use it to represent the universe.  Forgetting for a moment the mathematical inadequacies of the example, wherever you place your finger on the ball, can be the center of the surface of the ball. Understanding that every point can and will be the center of the universe is an interesting to place to start! With an appreciation that all objects have a gravitational pull, the space between two objects becomes full indeed. Space no longer seems empty but becomes an almost tangible and malleable substance. This manipulation of timing and space or, in Japanese jiki and kukan, can be considered an aspect of Ma Ai.  With an understanding of these aspects, the feeling of Ma Ai will start to thrive in you.

My teacher loved to play with words and puns. He often interchanged the Chinese characters to create more subtle nuances for greater understanding and contemplation.  Many years ago, he changed Ma to devil and Ai to love which could be translated, among other ways, as love of the devil. But it has nothing to do with good or evil but an appreciation of the dedicated effort one must make to see the Ma Ai and the bravery needed to enter and manipulate it.

Perhaps if you love your demons enough, their horns will drop off and they can become angels!